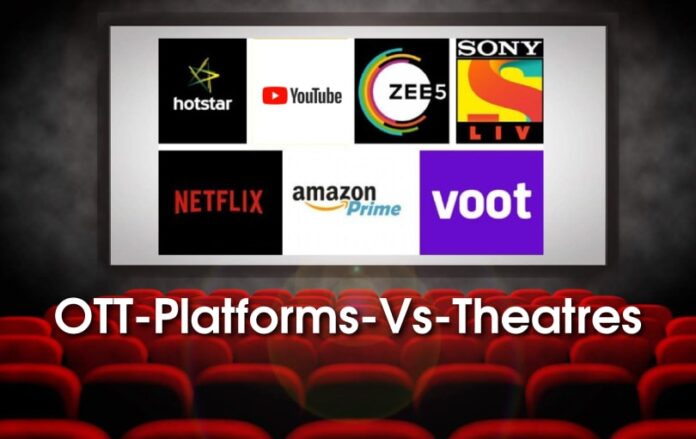 In India, theatres have been an ordinary thing for us. We have grown watching Bollywood movies full of action, dialogue, romance and other masalas, with often good story writing. Yes, we all know that expect some extraordinary directors who always like better to make a real-life incident based movie. That’s it, there is no place to spoke the reality and heart-touching screenplay to release such movies, most likely movies like (Masaan, Article 15, Sonchiriya etc.).

In other hands, many ott (over-the-top) platform has come into the Indian cinema industry. First starting from Amazon Prime, then Netflix, SonyLiv, Zee5, and Disney+ Hotstar. Time by the time they have give many immensive web series and movies. In the last 2-3 year ott platforms have launched around 100 movies and web series combined.

As this gave a perspective of a new start to the cinema industry, so every kind of scriptwriters and directors been giving their extraordinary vision to make movies and web series. It is quite obvious that the audience is also showing interest in it with a cheer to release more such content.

With the fame and love that ott platforms have rewarded, Otherside people start dissing production houses to make more quality to release in theatres because this is our youth, who were able to make a connection or bonding with the characters and screenplay made by the directors.

With the success of the ott platform released web series, obvious controversies started. The thing is to make a censor board for these ott platforms to avoid violence, sexuality, strong language and vulgarity, the same as with the Bollywood industry. Now the thing is some audience came with a reason that if there will be any censor board for ott releases then there will be no difference between theatre released movies and ott released movies. The variety of content that we are getting to enjoy will be suspended. And there will be no difference between ott platform and theatres, We will be seeing the same stupid actions and poor screenplay movies in both places.

To some extend, Yes, this thing is good as a democratic country, A decorum need to be maintained around the nation. What are your views? you can write it in the comments.

People are too selective while watching movies and web series. So in my previous article, I had listed some extraordinary Hollywood movies you must watch. One of the main reasons for gaining popularity of the Indian Web series is the quality content, Screenplay, and storyline.