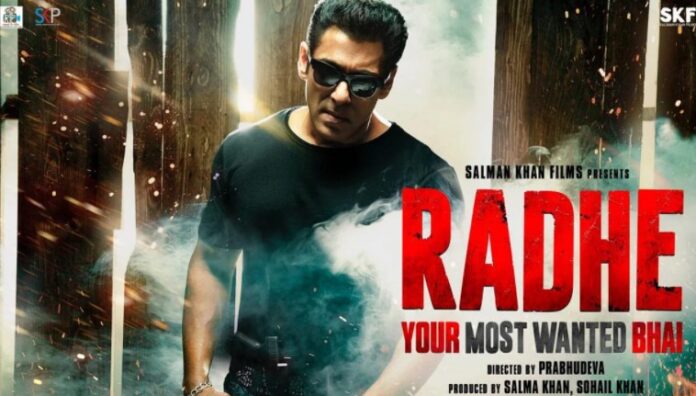 Finally, the wait of Salman Khan fans is over the trailer and the release date of the new movie Radhe is announced. Radhe: Your most wanted Bhai is releasing on 13th May 2021. There are many audience reviews after the release of the trailer, some are happy and many of them also criticized the trailer. Here are the complete details of the Salman kHan New Movie Radhe with a cat release date and more.

Many of the people must be wondering where and how to watch Radhe Movie. Radhe: Your most wanted Bhai will be released simultaneously on Cinema theatres and OTT platform ZEE5. The announcement of the release date was done by the official Twitter handle of Salman Khan Films.

If you have previously watched the movies of Salman khan such as Wanted, Dabangg. Then you must be familiar with Bhai’s love of action and the role of a cop. Radhe also represents the story of a cop and a criminal who is secretly running a crime syndicate. yes, there are similar concepts like the previous movies but as you all know Salman khan adds a different specialty in his every movie. Radhe will also be one the most loved Bollywood movies of Salman khan. For more details about the movie you also visit the IMDb website.

Apart from the Movie Radhe: Your most wanted Bhai, Salman Khan is also working on movies like Kick 2, Antim: The final truth. There are also some rumors that Salman Khan will have a special appearance in movies like Laal Singh Chaddha and Pathan.