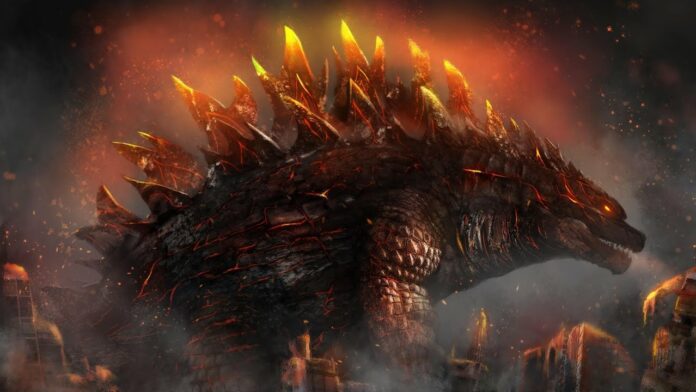 When it comes to epic monsters bashing each other to death Godzilla delivers nerve wreaking storyline. Being true to the original plot and including new elements to the storyline Godzilla never ceases to amaze his patron fans and sects true movie lovers.  Godzilla was, is, and always will be a great saga that involves humongous ancient monsters who fight each other or wreaking havoc just to claim the throne of being the greatest monsters of all. Yet, Godzilla always prevails as the winner and landed at the top of the food chain. Godzilla or originally known as Gojira is a Kaiju as acts as a pivotal central character of the Godzilla franchise.

Godzilla is an enormous, destructive, prehistoric sea monster awakened and empowered by nuclear radiation. With the nuclear bombing of Hiroshima and Nagasaki and the lucky dragon 5 incident still fresh in the Japanese consciousness, Godzilla was conceived as a metaphor for nuclear weapons. Godzilla has featured alongside many supporting characters. It has faced human opponents such as the JSDF, or other monsters, including King Ghidorah, Mechagodzilla, and Gigan. Godzilla sometimes has allies, such as Rodan, Mothra, and Anguirus, and offspring, such as Minilla and Godzilla Junior.

Godzilla’s signature weapon is its “atomic heat beam” (also known as “atomic breath”), nuclear energy that it generates inside of its body, uses electromagnetic force to concentrate it into a laser-like high-velocity projectile and unleashes it from its jaws in the form of a blue or red radioactive beam. Toho‘s special effects department has used various techniques to render the beam, from physical gas-powered flames to hand-drawn or computer-generated fire. Godzilla is shown to possess immense physical strength and muscularity. Haruo Nakajima, the actor who played Godzilla in the original films, was a black belt in judo and used his expertise to choreograph the battle sequences.

Godzilla is amphibious it has a preference for traversing Earth’s hydrosphere when in hibernation or migration, can breathe underwater, and is described in the original film by the character Dr. Yamane as a transitional form between a marine and a terrestrial reptile. Godzilla is shown to have great vitality: it is immune to conventional weaponry thanks to its rugged hide and ability to regenerate and as a result of surviving a nuclear explosion, it cannot be destroyed by anything less powerful. It has an electromagnetic pulse-producing organ in its body which generates an asymmetrical permeable shield, making it impervious to all damage except for a short period when the organ recycles.

Various non-canonical films, television shows, comics, and games have depicted Godzilla with additional powers, such as an atomic pulse, magnetism, precognition, fireballs, an electric bite, superhuman speed, laser beams emitted from its eyes, and even flight.

An epic battle between two gigantic monsters will be on the play now. One will turn out to be the true king but as we know both of these characters are enormously powerful and one has to back up. King-Kong was re-introduced in the movie Skull Island where is fought the hideous lizard monster the skullcrawler and became victorious.

But now the scenario is quite different. Both of these monsters are tough, brutal, and ruthless in their respective terms. Both of them are born of radiation so they are extremely powerful and have incomparable strength. We have already discussed Godzilla’s strengths and powers let’s now learn about the mighty king kong’s brutal strength.

King-kong has enormous brute strength and can lift and smolder mountains in a single blow. He too has some level of minor yet effective healing factor. He can also absorb electricity and channel it to revitalize his strength and can replenish himself. One aspect that gives king-kong an edge in the fight is his intelligence. He can make tools out of trees and environmental things.  He is on the primitive side of the human race where he knows about creating fire. And use it against foes. He can too make slings and use huge chunks of rocks to hit his target with his slings. Now, finally his ineffective nature to atomic or nuclear energy.

Now the movie has been focusing on the time after Godzilla defeated King Ghidorah. Kong is monitored by Monarch within a giant dome on Skull Island. This movie introduced the long-awaited Mecha-Godzilla. A Kaiju fighting machine that is operated by neurological links. The skull island opened the door to the monster verse and now the Godzilla vs. Kong have made their debut on the big screens.