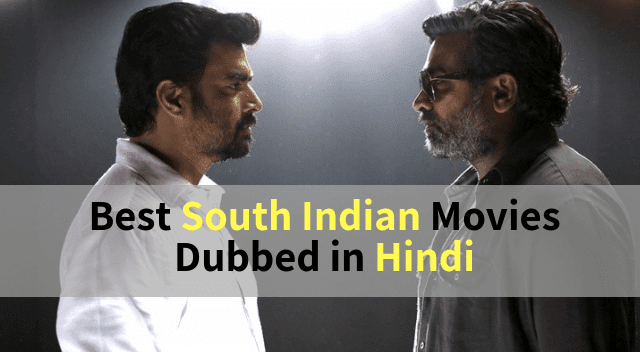 These movies are not only making funds in their dubbed version over India but also outside India. Baahubali 2 is the best example which had already entered 500 crores it is the highest amount. South Indian Movies every time arose with different plots, new ideas, and amazing scripts. There are plenty of south Indian movies which are dubbed in many regional languages and still going on. All the top South Indian Movies are available on Youtube there is no need to download these movies. Here is the list of 11 Best South Hindi Dubbed Action Movies.

Yuddham Sharanam is the best thriller movie. In this movie, Arjun (Naga Chaitanya Akkineni) was an aspirant entrepreneur and he was inquiring about his parents. Nayak (Meka Srikanth) was a don and he had set the bomb blast in the city. In the first part, this movie showed the bond between Arjun and his family.

This movie also showed the romance between Arjun and Anjali (Lavanya Tripathi) and the love story looked cute and fresh. Nayak did a counterattack and kills everyone. The rest of the South Indian movie is showed how Arjun manages his family and the revenge he took.

Kala movie showed the story of Shaji (Tovino Thomas). In this movie, Shaji and his families source of income was farming. Nobody except Shajid’s relatives and daily wages workers visit there place. After some days a crowd of workers reached their place. One of them had a mission. This South Indian movie was the best thriller revenge movie and it was very engaging to watch.

Shaji was married and his only support was his wife Vidya (Divya Pillai) and their son. He also had a pet dog. And he was a rude and selfish person. He is regularly humiliated by his father (Lal) and his friends for the low decision-making. The film had a lot of action scenes and it is very interesting to watch.

24 movie is about a scientist who created a time machine. He had a brother who is looking for that time machine and he could go to any lengths to get the device. A lot of accidents and collaborations had taken place in this movie. The movie began with the one accident when a leader acted as an incentive for Dr. Sethuraman (Suriya). He lived with his wife Priya (Nithya Menen) and their beloved son. And his twin brother Athreya was smarting on his success. This South Indian movie has the romance and comedy both.

Okkadu movie was about the journey of a Kabbadi player Ajay (Mahesh Babu). Ajay had rescued Swapna (Bhoomika Chawla) from Obul Reddy (Prakash Raj). Obul was trying to marry Swapna at that time Ajay had helped her. In this movie, Obul Reddy was a factionist and he fell in love with Swapna. Obul Reddy had killed her brother as he had said about the age difference between Swapna and Obul. And then he killed her another brother also. Swapna’s father was afraid so he sent her to the USA to her uncle’s place.

Obul Reddy caught her while she was traveling. After Ajay knew about all this he hides Swapna in his room. This is a very interesting movie to watch with an equal amount of comedy, action, and entertainment. This South Indian movie was awarded eight Nandi and four Filmfare awards of South, including the best movie award.

Mufti movie was a story based on a cop Gana (Sri Murali). He went hidden to bust a close fictitious, compassionate don Byrathi Ranagal (Shivarajkumar). He was the leader of a violent district Ronapura. Gana began to charm himself to the don by preserving his life. After some time Gana got to know that Byrathi was a kind-hearted man and he uses his money for the welfare of the poor. This South Indian movie also showed the romance between Gana and Raksha (Shani Srivastava). The content of the movie is superb. Though this movie consists of only two songs still it is worth watching.

Baahubali 2: The Conclusion movie is the best movie to watch. The movie began with a recap of the major classical moments from ”Baahubali: The Beginning”. It is the tale that had handled to join whole of India regardless of state, language, and film industry. The most awaited answer to the question of “why did Kattappa kill Baahubali (Prabhas)”. And the answer to this question is given in the second part of the movie “Baahubali 2: The Conclusion”.

Baahubali movie consists of two parts Baahubali: The Beginning and Baahubali: The Conclusion. Baahubali 2 took to the kingdom of Mahishmati. This South Indian movie showed the final fight between Bhallaladeva (Rana Daggubati) and Baahubali. It is an epic movie. Baahubali means a man with strong arms. This movie gives you an unimaginable experience while watching it. And it is worth watching.

Theeran Adhigaram Ondru is the nicest and realistic police officer story till now. This movie was a well-made movie and it is based on an amazing and terrible crime movie. The movie began with police Theeran Thirumaran (Karthi) and he was handling a case that was the biggest challenge for him. The movie went back to 1995 at that time there was a gang of dacoits fiercely even murdering of that family also lived in.

Theeran was training in 1999. It also showed the romance between Theeran and his Priya (Rakul Preet Singh) and she was his neighbor. After some time in 2002 Theeran was transferred to Thiruvallur. The South Indian movie was the best thriller crime movie. The cinematography is amazing and the actors played their roles very well.

Anniyan movie was based on a story of an honest lawyer Anniyan (Vikram). And he goes through a disorder of multiple personalities:- Ambi (a lawyer), Remo (a fashion model), and Anniyan (a killer). And the Anniyan was the best role and this personality was loved by everyone. This South Indian movie taught us.

Firstly we should think before acting carelessly can lead to destruction. Secondly, the rules which are made for us are to protect us. Thirdly, Everything is one and we all are made made of the same thing. This movie will anyways keep you engaged throughout it is a 3 hours long movie.

Thani Oruvan movie is about a fight between good and bad. And in this movie Villan would act and Hero would react. This movie was a course characterizing movie. This movie showed a single person go over different paths and they checks which was the correct one and they also got success in that path.

Everyone says that Great Hero needs a Greater Villan this movie to pursue the same and got success. In this South Indian movie, the dialogues are best and it is placed in the perfect situations. There is no useless dialogue delivery and big killing scenery. This movie is a gem in the Telugu movie industry.

Vikram Vedha movie is an Indian Tamil language action and crime movie. This movie’s story was about Vikram (Madhavan). He was a cop and his aim was to kill the gangster Vedha (Vijay Sethupathi). This movie presented how Vedha became a gangster and drug smuggler.

Vedha had submitted himself to the cop Vikram And he told three stories to Vikram which had changed his thought of right and wrong. The South Indian movie was made up of a budget of $110 million. This movie also got three Ananda Vikatan Cinema Awards, two Techofes Awards, and an Edison Award.

Raatchasan (Ratsasan) is a psychological action thriller movie. This movie showed the story of film director Arun Kumar (Vishnu Vishal) how he became a police officer after the death of his father and tried to catch the serial killer. Arun Kumar was an aspiring director and he wanted to make a movie on psycho.

Even though he was having a good script but then also he was rejected many times. So he had decided to give up his dreams. Due to high blood pressure, he decided to become an Assistant Sub-Inspector with the help of his brother-in-law Doss (Ramdoss). At the end of this South Indian movie, it showed murder done by the psychopath. And the Arjun got a chance to fulfill his dream of making a movie on psychopath.

Here is the list of 11 Best South Hindi Dubbed Action Movies. These are the best action movies that are dubbed in Hindi and you will definitely enjoy watching this movie. Hope this list is helpful. And there is another list of 5 stunning Hindi dubbed South Indian Movies you must watch. Check the list and let me know in the comment section below.