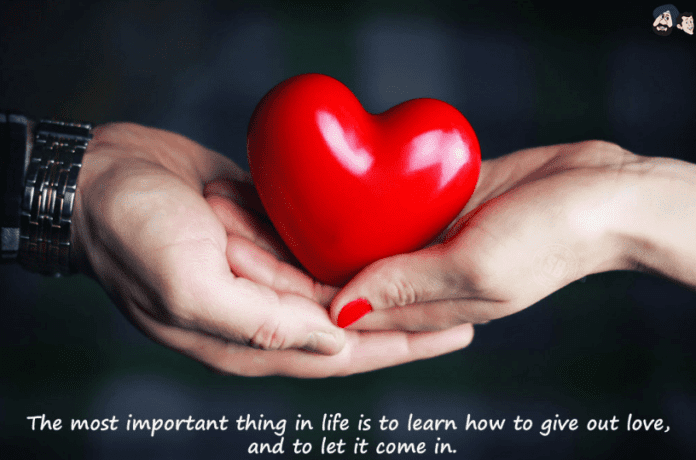 Hindi movies always had a special connection with romance. Hindi movies serve innumerable romantic movies that had given us the best romance goals. Our Hindi romantic movies generally involve dancing around the trees and it always followed the typical “boy meets girl” scenario. It showed the new love tales and it brought the modern delightful prospect to Hindi movies love stories. Here is the list of 13+ Best Hindi Bollywood Movies For Couples.

Overall we know that love is an emotion and theme of Hindi movie filmmakers. And have woven their scripts and plots around since the starting of movies. From the legendary “Mughal-ae-Azam” to “Kabir Singh” Hindi movies had discovered various stories of romance and love. So here is the list of 13+ Bollywood Best Romantic Movies for couples.

Jab we met is the best romantic Hindi movie for couples. This movie told the story of the bubbly Punjabi Girl, Geet Dhillon (Kareena Kapoor). She had set off track when she collides with a depressed Mumbai businessman, Aditya Kashyap (Shahid Kapoor), on an overnight train to Delhi. This movie told us how to live our lives and it showed the daily life problems and the solution. This Hindi movie is cute and entertaining it gave deep lessons about lives. There is no vulgarity and senseless comedies. And this movie is quite enjoyable with your loved ones.

Shaadi Mein Zaroor Aana movie is about the marriage invitation as the title suggests but the reality is that it is not based on marriage. This movie had two simple and middle-class people from UP Satyendra Kumar (Rajkummar Rao) and Aarti Shukla (Kriti Kharbanda), they fell into love in their first meet and they were going to be married soon and then everything was going perfect then the real roller coaster of life had started.

Aarti Shukla had big dreams and she can’t leave being an ordinary housewife life as she was great ambitious and practical. This movie is worth watching with brilliant characters and amazing screen sharing and the story flow and songs are best.

Dream Girl movie is about a drastic guy for finding a job. Karam (Ayushmann Khurrana) chooses up a job in a call center as “Pooja”. When he was a child he used to make phone calls to teachers as his friend’s mom. In this movie, Jagjit Singh (Annu Kapoor) was the father of Karam. He wanted his son to do a regular job, where he does not need to change his voice into a female voice. And Karam was also sure that he would do this job till he got the regular job. At last, this Hindi movie set a message of loneliness and social media friends.

Luka Chuppi movie is about the thought of live-in relationships in the small town of Mathura and Gwalior. The Guddu Shukla (Kartik Aaryan) was the star reporter of the cable news channel. And he fell in love with Rashmi Tiwari (Kriti Sanon), who was an intern and daughter of Mathura chief of Sanskirti Suraksha Manch (it took the pride of beating young lovers). Guddu proposed Rashmi for the marriage but Rashmi wanted a live-in relationship as she wanted to understand him properly.

Then they decided to live together in Gwalior. And there they decided to act like a newly married couple like a typical Hindi movie style. Rasmi wore a mangal sutra and sindoor. This movie showed the cute chemistry between Rashmi and Guddu and had delivered a satisfactory performance.

Devdas is a romantic Hindi movie. The movie is based on the 1917 novel of the same name written by Sarat Chandra Chattopadhyay. The Devdas Mukherjee (Shah Rukh Khan) was a graduated London return he had came to marry his childhood friend Parvati “Paro” (Aishwarya Rai). Kaushalya rejected the marriage proposal and embarrassed her in public saying that she belongs to a lower-class family. Then Paro’s marriage was fixed with a forty-year-old man named Bhuvan with three children.

After some time Devdas met Chandramukhi (Madhuri Dixit) and permanently moved to Chandramukhi and became an alcoholic. This movie is heart-touching as it touches the deepest point of mind. Devdas movie is an iconic movie of all time with perfect dialogue delivery, emotions and amazing costumes, and a brilliant cast.

Bareilly Ki Barfi movie is about the love triangle between three peoples Bitti Mishra (Kriti Sanon), Chirag Dubey (Ayushmann Khurrana), and Pritam Vidrohi (Rajkummar Rao). This movie portrayed the transformation of Pritam from a meek underdog to an angry rowdy young man. Bitti Mishra is a character who loved to do breakdance and watch English movies and randomly smokes.

Due to her unique personality, she was incapable to find a guy for herself. And Chirag Dubey was an owner of a printing house. The dialogues of the Hindi movie are well written and it will surely make you laugh out loud many times. Though the story is simple surely makes you happy throughout.

Dil Bechara movie is about the American Novel The Fault In Our Stars written by John Green. And it was made into a Hollywood movie of the same name then it was debut in Hindi movies by Mukesh Chhabra. This movie is about two cancer patients Manny and Kizie Basu (Sanjana Sanghi) in the US who met in a support group.

They fell into love and effort to cope with the load that emotions carry when you know the days on Earth and your days together are countable. In this movie, Manny’s role is played by Sushant who is a rich kid in Jamshedpur and he lost his leg due to cancer. Overall this movie is too ordinary to rise more than anything as it is the last movie of “Sushant Singh Rajput”.

Aashiqui 2 movie is about two singers a girl and a boy. The movie showed the struggle of small city girl Aarohi (Shraddha Kapoor) and her dream to become a singer which is represented beautifully. The story revolves around the life of Aarohi as she sings in a bar. She met the famous singer Rahul (Aditya Roy Kapoor) who helped her to become a famous singer. But Rahul was a drunker he destroyed his own life by drinking alcohol every time.

The best part of the movie is that Aarohi never left Rahul for his bad habit. In the end, Rahul committed suicide when he realized he was becoming a burden in Aarohi’s life. Some scenes will surely make you emotional. This Hindi movie showed the presence of love beautifully.

2 States movie is about a love story between two peoples who belong to two different states. Punjabi boy Krish (Arjun Kapoor) and Tamilian girl Ananya (Alia Bhatt) fell in love with their IIM Ahmedabad campus. And it showed the story of how their friendship turned into love affairs. However, this movie story showed the journey from love to getting married as it was very difficult. This Hindi movie story is based upon Chetan Bhagat’s novel by the same name. The story was simple but interesting and the storyline was neat and sharp.

Yeh Jawaani Hai Deewani movie is all about love, romance, life, family problems, and friendship. The script of the movie revolves around four friends but mainly it is the story of Bunny (Ranbir Kapoor). The person who is depressed or sad should definitely watch this movie. This movie taught us that life is very precious and we get only one chance to live, so we should enjoy each and everything in our life. In this movie Bunny (Ranbir Kapoor), Naina (Deepika Padukone), Aditi (Kalki Koechlin), and Avi (Aditya Roy Kapoor) go on a trip.

The first part of the Hindi movie was a fun ride. At the breaking point, they all went their own way. In the second part, they all reunited at Aditi’s wedding. And the movie also consists of emotional and motivational dialogues. Yeh Jawaani Hai Deewani movie is one of an amazing movie.

Sanam Teri Kasam is the best romantic Hindi movie for couples. The story is about Saraswati Parthasarthy (Mawra Hocane) she was unable to find a guy for herself because she was a simple and innocent girl. She was rejected by many men and she was also disowned by her own family. Her father wanted her to join an IIT-IIM grade, but sadly due to her looks, she was rejected.

Inder Parihar (Harshvardhan Rane) was a bad boy who lived in Saraswati’s building. Inder had a rough past and he was looked down on as a criminal in the building. When her father disowned her, Inder helped and supported her. This Hindi movie showed that every ending is not filled with happiness. This movie will make you emotional, will show true love, and many more.

Tamasha movie is romantic as well as comedy. In this movie, Ved Sahani (Ranbir Kapoor) lived a boring corporate life as his parents forced him for doing Engineering. He was trapped doing a job in which he hated his boss the most. Then he meets Tara Maheshwari on an exotic island. She made him realized that he was not who he is. Then he realized and do whatever his heart told him to do and he also got the girl. The film is made up of minutes. This Hindi film may not be a superb movie but it had superb moments.

Dum Laga Ke Haisha movie is a story about a middle-class family. This movie is set in Haridwar and Rishikesh. The story is about a 10th class failed guy Prem (Ayushmann Khurrana) who was forced to marry an overweight, smart and sassy B.Ed girl Sandhya (Bhumi Pednekar). Sandhya is a no-nonsense girl she knew what is good for her and smart enough. She can be ideal for many women in India. All the peoples around her fat-shamed her but he never took that personally or never felt shamed. Sandhya is a very strong woman and she took the decisions herself without any support from her family. The characters of this Hindi movie played their role perfectly.

Wake Up Sid movie is a comedy and romantic movie. It is the movie of coming up age drama, wonderfully presented the problems of carefree, college drop out student Sid (Ranbir Kapoor) suffered and how he came out of it. Sid is presented as he took his parents for granted. His life was about hanging out with friends until he met Ayesha (Konkona Sen Sharma). Ayesha was totally the opposite of Sid. She is independent and her goals are set. After some time the Sid is presented as a calm and responsible one whereas the mature and usually sorted girl became childish. This is a sweet and pleasant movie to watch. It is a most relatable movie.

If you love to watch the best Hindi Movie then here is the list of 10 Underrated Bollywood Movies that went unnoticed that definitely make you fall in love. If I forget any of the romantic movies please comment down in the comment section. This is the list that is perfectly relatable to our generation of Hindi movies. Hope this list is helpful.