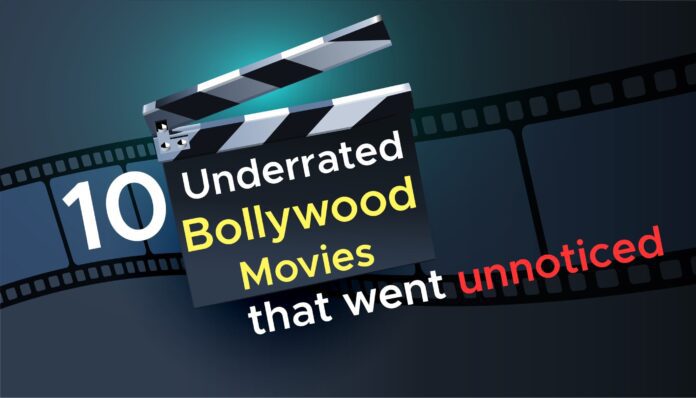 Indian Cinema Industry is the largest industry in the world. India releases around 100 movies per year, in strings of the genus. Even our movies have been doing well for decades to entertain audiences and introduce many real-life-event replicating movies, which we like more to relate with ourselves. Underneath we got to miss some tremendous movies in this chaos. Those are directed by most insane directors with heart-touching scriptwriting and also the actors’ great performance. Here are some of those movies that are listed which you must experience. Most of these movies could be available on YouTube for free, Have a check.

Regarding Centuries, Mankind has been grown and faced so many ups and downs. We know them as reading history or just as an image. There are so many things to learn and pursue in our real life. Some of them are legends and some become our inspirations. Taking those inspiring stories some great directors have made some iconic biopic movies for us. Watching biopics makes a person believe in his hard work, knowledge, patient and God. Taking life logics and method can help you succeed in life. Here are some of the Best biopic movies listed which you must not miss watching.

The film portrays the kidnapping of a little girl of 10, who is out with her father for the day. Her parents are divorced and her stepfather (a cop) steps in for the investigation. The suicidal mother has an ax to grind with both her ex-husband and her current husband. As the investigation proceeds, the characters are placed in sordid scenarios that reveal their unsavory sides; the mind games between the both the fathers in particular lend the procedural its most gripping drama as everyone else is getting greedy and ugly not caring about the kidnapped girl.

Shaurya mistakenly locks himself inside his new house that has no water, food, electricity or any neighbours. However, he must struggle against all the odds to survive. Trapped is interesting, to begin with. But it is in trouble as soon as the sense of urgency wanes. In the end, it loses its energy, making logic take a walk.

Swapna (Tapsee) is a game designer who is on a turbulent road to recovery from an incident that scarred her deeply. She finds herself in the hands of an evil force that has been committing unspeakable crimes in the city. On a fateful night, Swapna has to contend with the dark forces outside and within. With only her maid (Vinodhini) for her company how she manages the situation is the rest of the movie.

After the 1993 Mumbai bomb blasts rip the city apart, the police force launches a massive drive to catch the perpetrators. Their relentless pressure finally results in some names coming forward. The film traces the investigations following the serial blasts that rocked Bombay in 1993 via different perspectives – police, victims and the traitors.

Deepak Singh, an ex-army person from Rajasthan, moves to Mumbai with his family hoping for a better lifestyle. However, upon arrival, he realises that everything is not as easy as it seems.

Harpreet Singh Bedi (Ranbir Kapoor) has just graduated, and his marks are, well, let’s say a little embarrassing. But marks never stopped him from dreaming of an exciting and adventurous career, and they never will. He takes a deep, positive breath and dives into the world of sales, rumoured to be an ultra cool career for all smart people blocked from entering medical, engineering or business schools by brainless entrance exams. It’s everything he dreamt of, with its smooth dressing, smoother talking men and women who can sell ice to an Eskimo, dreams to an insomniac, and a lifetime mobile connection to a dying man. But soon, his idea of success begins clashing with the strange ways of these ‘professionals’ he looked up to.

Shahid traces the true story of slain human rights activist and lawyer Shahid Azmi. From attempting to become a terrorist to being wrongly imprisoned under a draconian anti-terrorism law to becoming a criminal lawyer Shahid traces the inspiring personal journey of a boy who became an unlikely messiah for human rights while following the rise of communal violence in India. This story of an impoverished Muslim struggling to come to terms with injustice, inequality and rising above his circumstances is an inspiring testament to the human spirit.

An unlikely mistake by a tiffin carrier service results in Ila’s tiffin, that was made for her husband, being delivered to Saajan Fernandes. An unusual friendship soon develops between the two.

When a group of dacoits gets split after their leader is killed, they decide to run away. On the way, they meet Indumati and Khushi, who is chased by the former’s family to be killed.

In Varanasi, Devi struggles to shake off the social stigma of pre-marital sexual relations. Meanwhile, lovers Deepak and Shalu attempt to transcend the restrictions of their casteist society. Deepak is carrying his pain inside and breakdown completely but when while searching for the ring he threw in the water understands that shalu will never come back and it’s a truth and his effort is a waste. When Devi throw her gift which she received from her boyfriend who dies earlier in the movie. she let go of all her emotional pain and regrets she was carrying for a long time.